In September 2014, languages became a compulsory element of the primary curriculum. The teaching of a modern foreign language at Primary level provides pupils with an insight into another culture and lifestyle, a greater understanding of the manipulation of language as well as providing the foundation for continued learning at secondary school. All pupils in KS2 learn French and enjoy learning about the culture of France and its language through songs, games and stories. Years 5 and 6 also have the opportunity to put their language skills to good use during the residential to France.

French Scheme of Work for KS2

Learning another language develops children’s cultural awareness and understanding of the world around them. It extends their knowledge of how language works and helps them to develop communication skills. The twelve aims as set out in the Key Stage 2 National Curriculum for Languages are revisited throughout the four-year scheme across engaging units of work that are based on familiar themes. 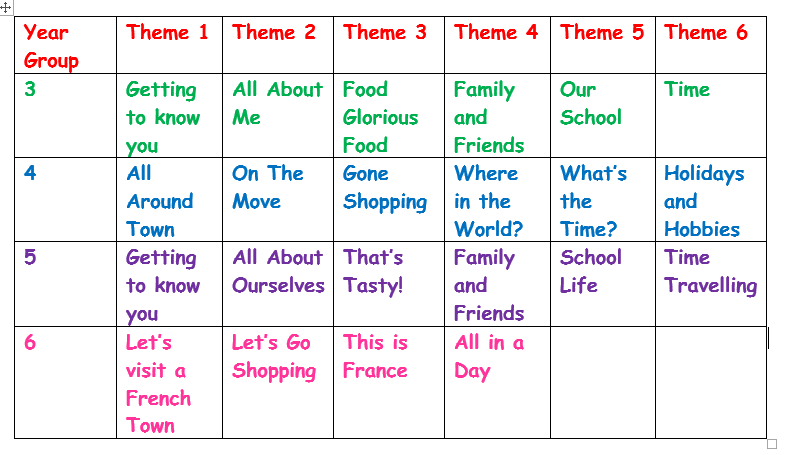 Bastille Day, or the French National Day, is celebrated on July 14th every year in France. It is a day to celebrate and remember the beginning of the French Revolution, following the storming of the Bastille in Paris, which was a fortress and prison representing French Royalty in 1789.

All our pupils have the opportunity to experience this part of French culture when we have a whole school Bastille Day celebration. The day starts with a whole school assembly to learn more about the history of Bastille Day, followed by classroom activities and a French-themed school lunch. 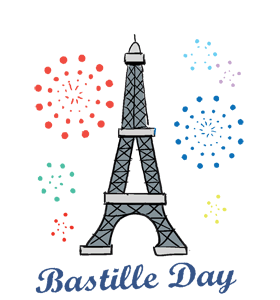