Buglawton Primary School is part of the local community and we work well with other agencies to belong to the wider community.  We have good links with other schools, local churches, and charities. We like to involve members of the community in school as well as contributing to events outside of school. 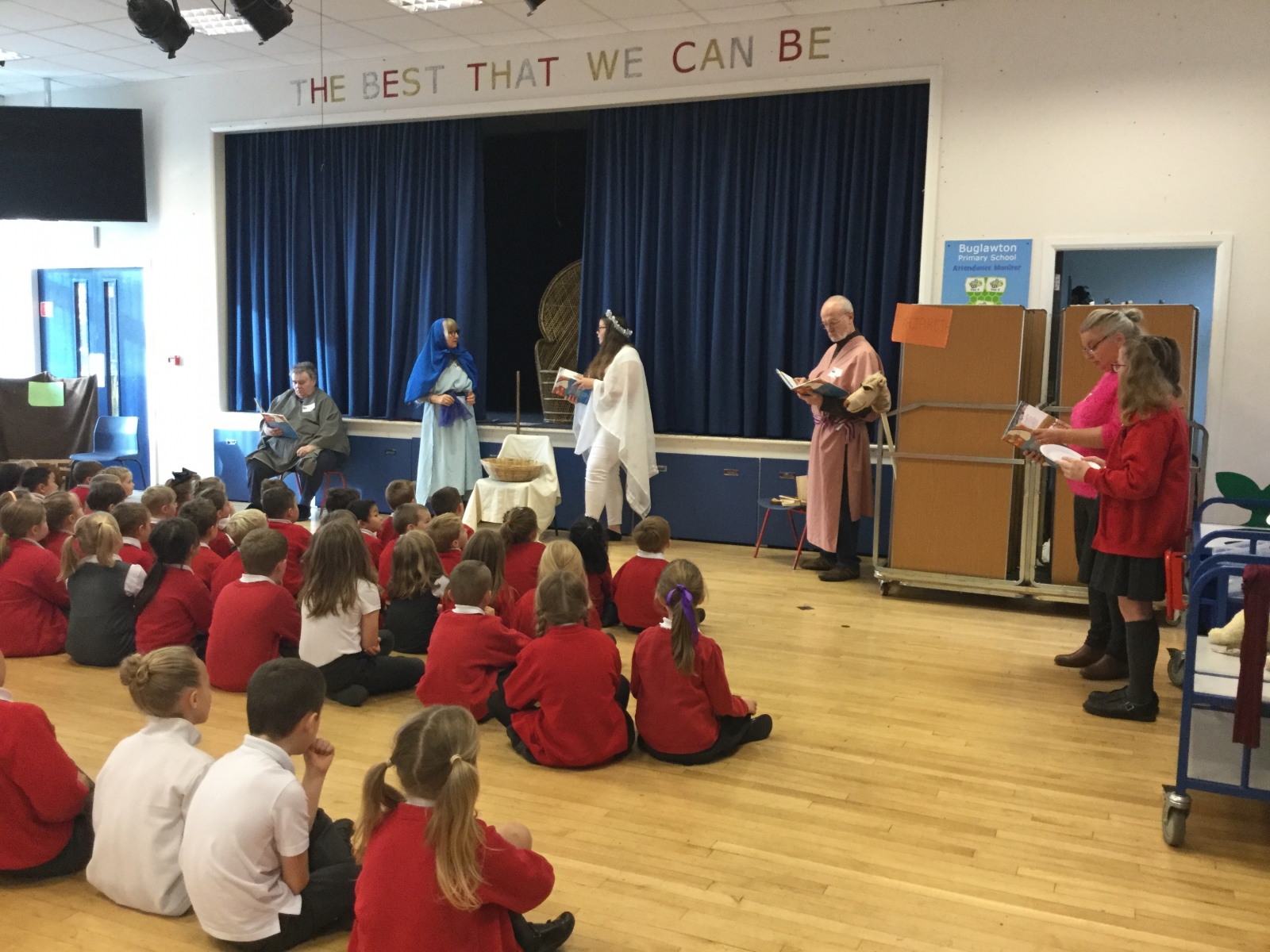 Over the term, we have welcomed members of the local Church to come and speak to pupils about Christian lessons and today's theme was Jesus's birth at Christmas. 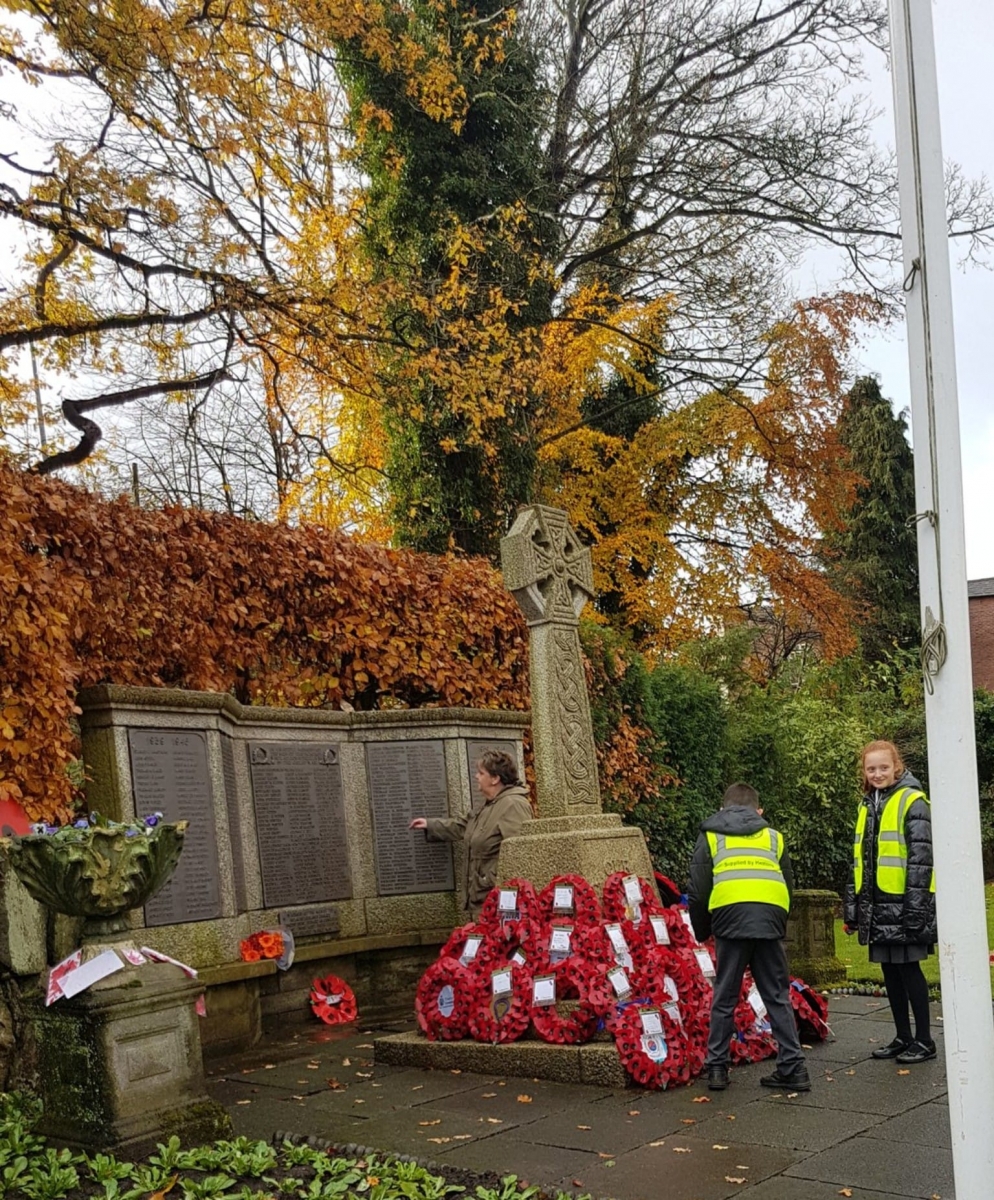 Buglawton Primary School's Year 6 pupils represented the school at Congleton's cenotaph.  Head boy and girl, Thomas and Leah, lay a wreath to pay respects on behalf of our community.

In Flanders fields the poppies blow,

Between the crosses, row on row,

That mark our place; and in the sky

Scarce heard amid the guns below.

On Saturday 19th October children helped to plant the tubs for the town centre. 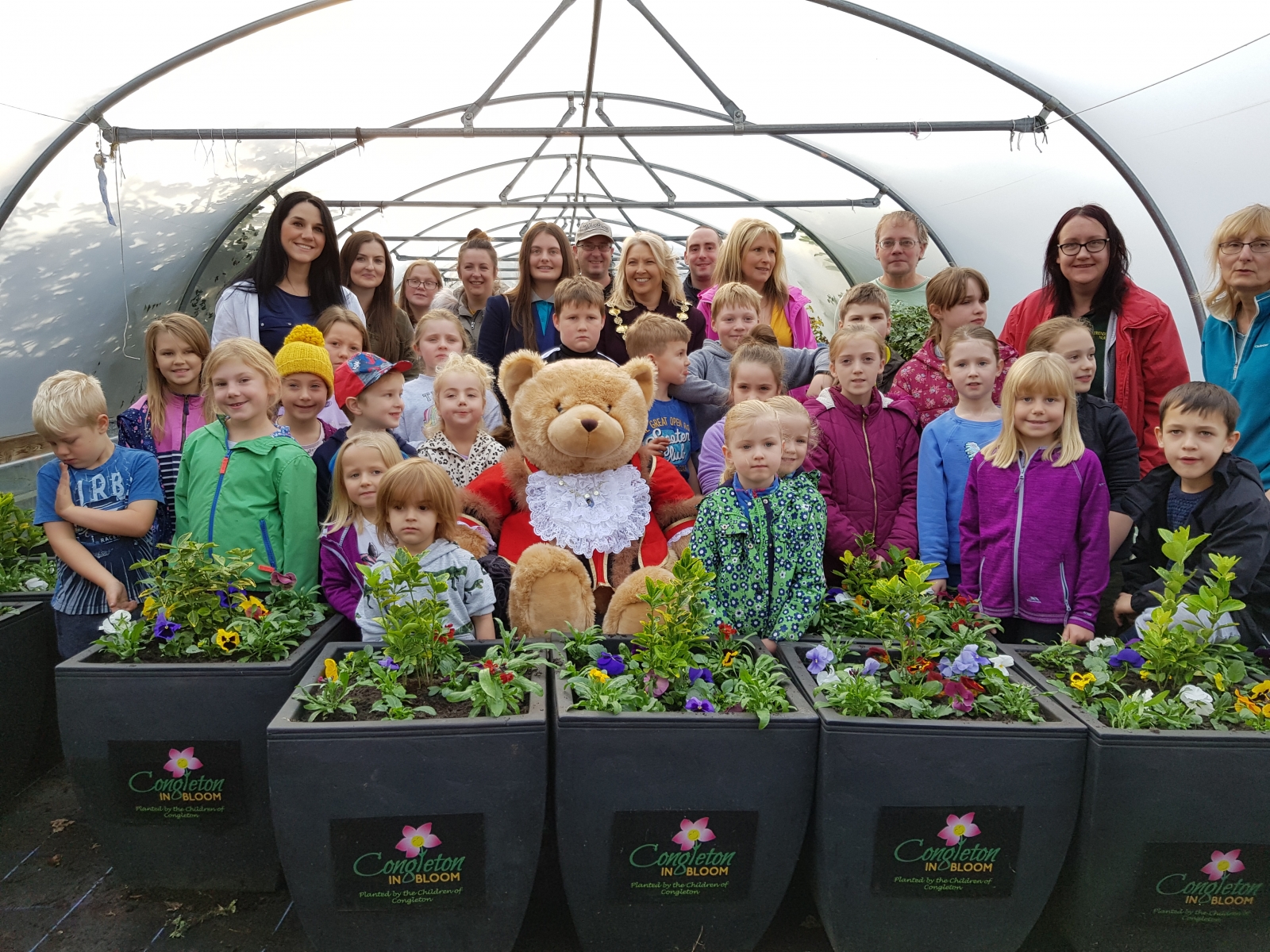 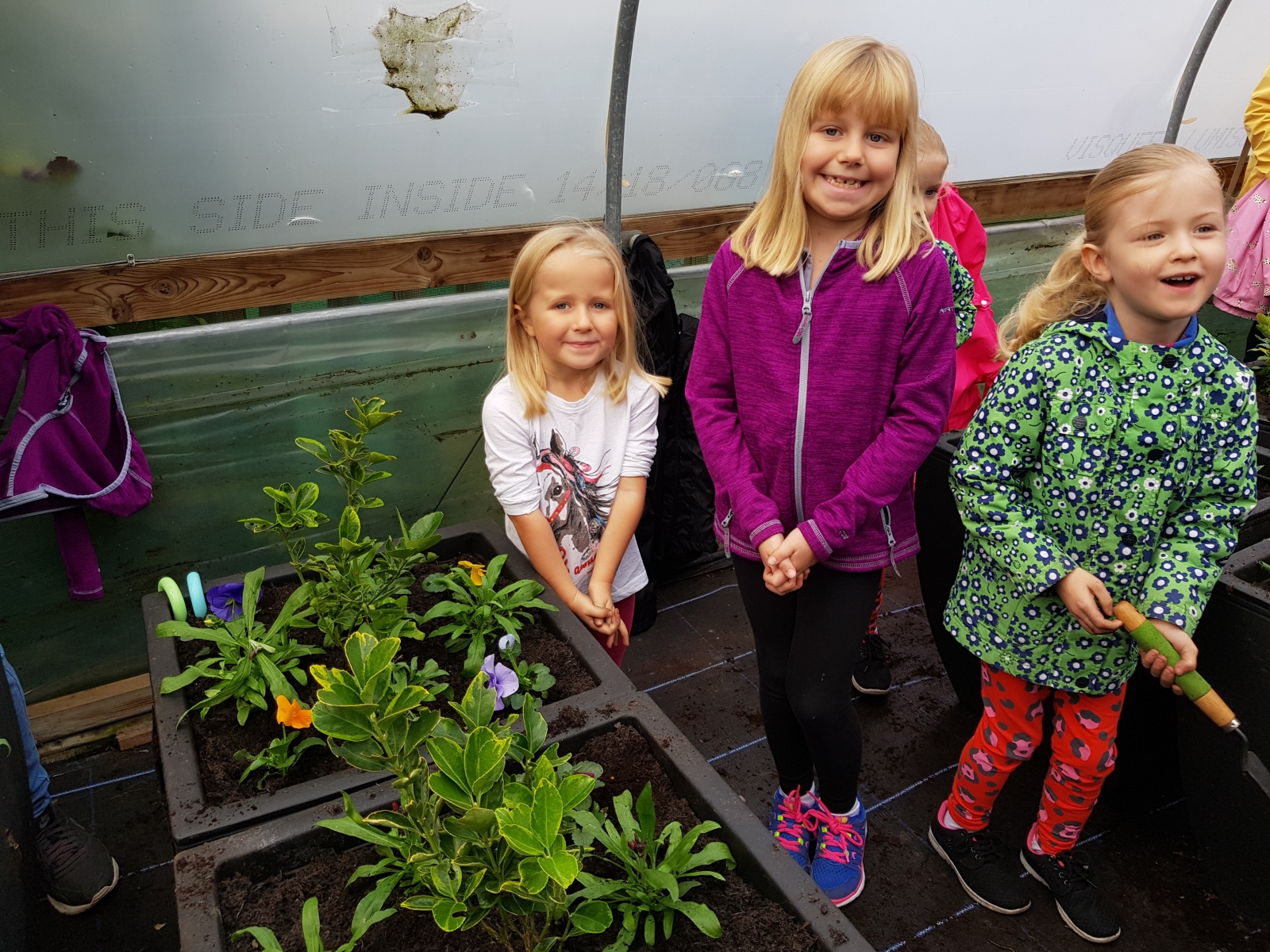 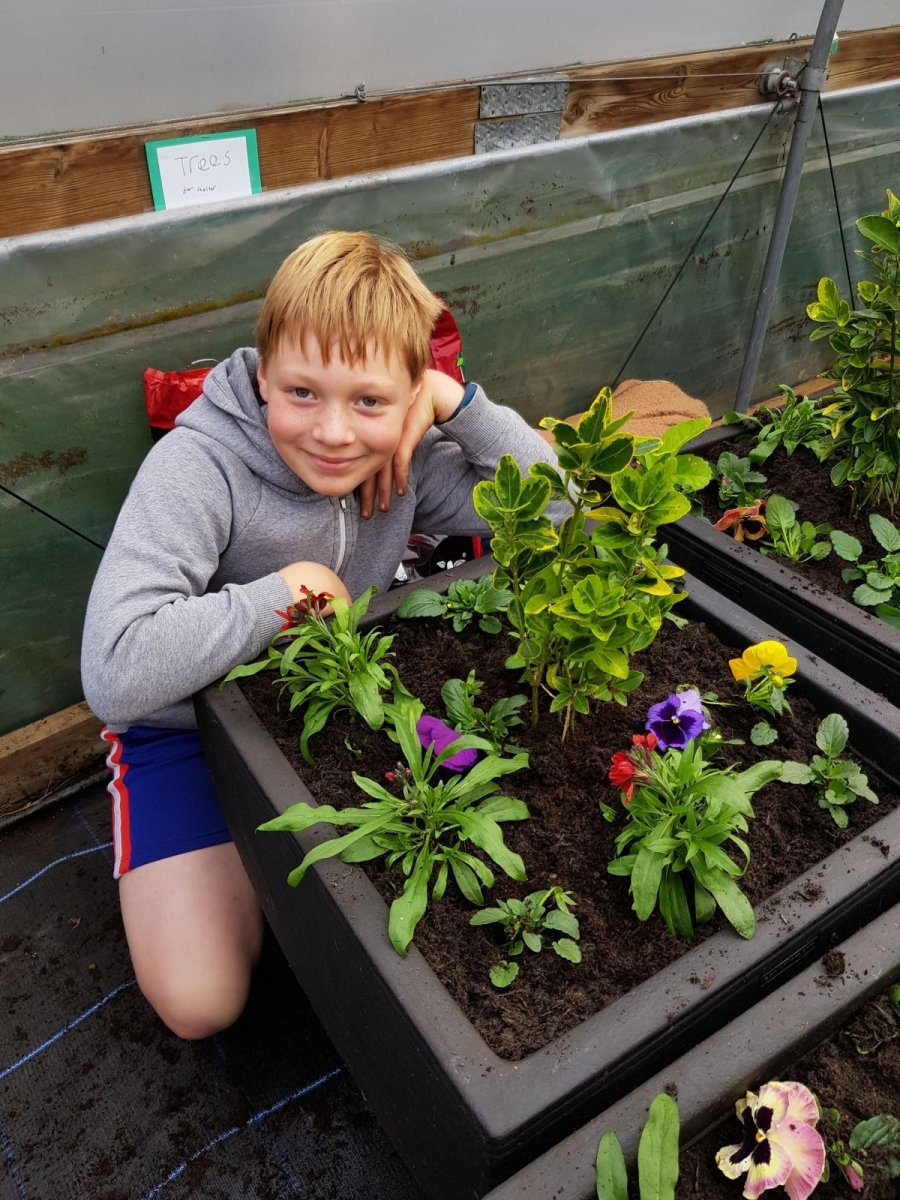 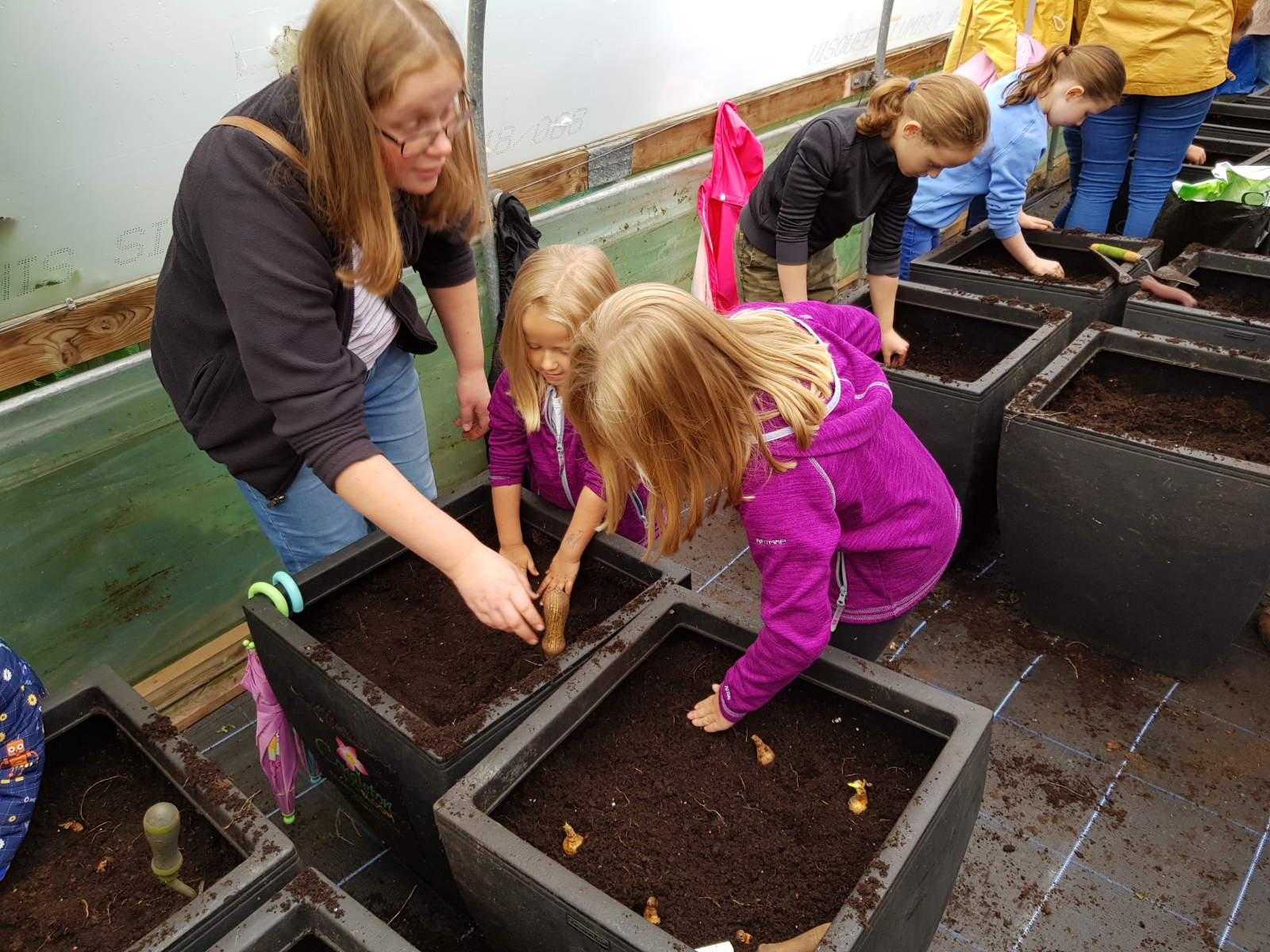 Celebrating Harvest in the Community

On Friday 18th October, Buglawton Primary School pupils gathered together at St. John’s Church to celebrate Harvest.  As part of the festival, pupils shared poems, prayers, and artwork that they had worked on and sang hymns and harvest songs.

Year 6 pupils then went out into the community to deliver harvest baskets to elderly residents after families had donated items.

“Buglawton Primary School is central to the community and pupils enjoy having the opportunity to collaborate on creative pieces and meeting our local residents.” 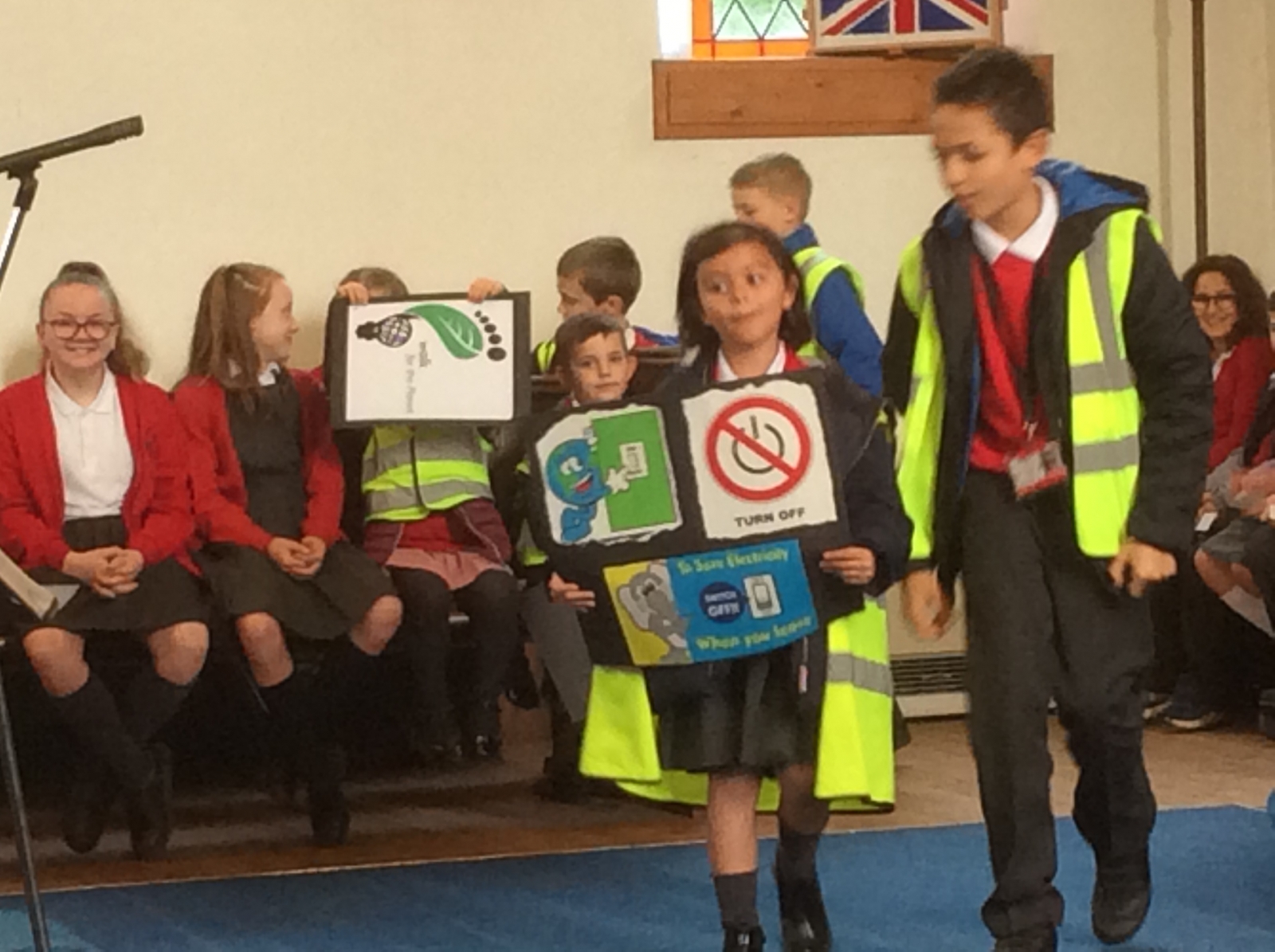 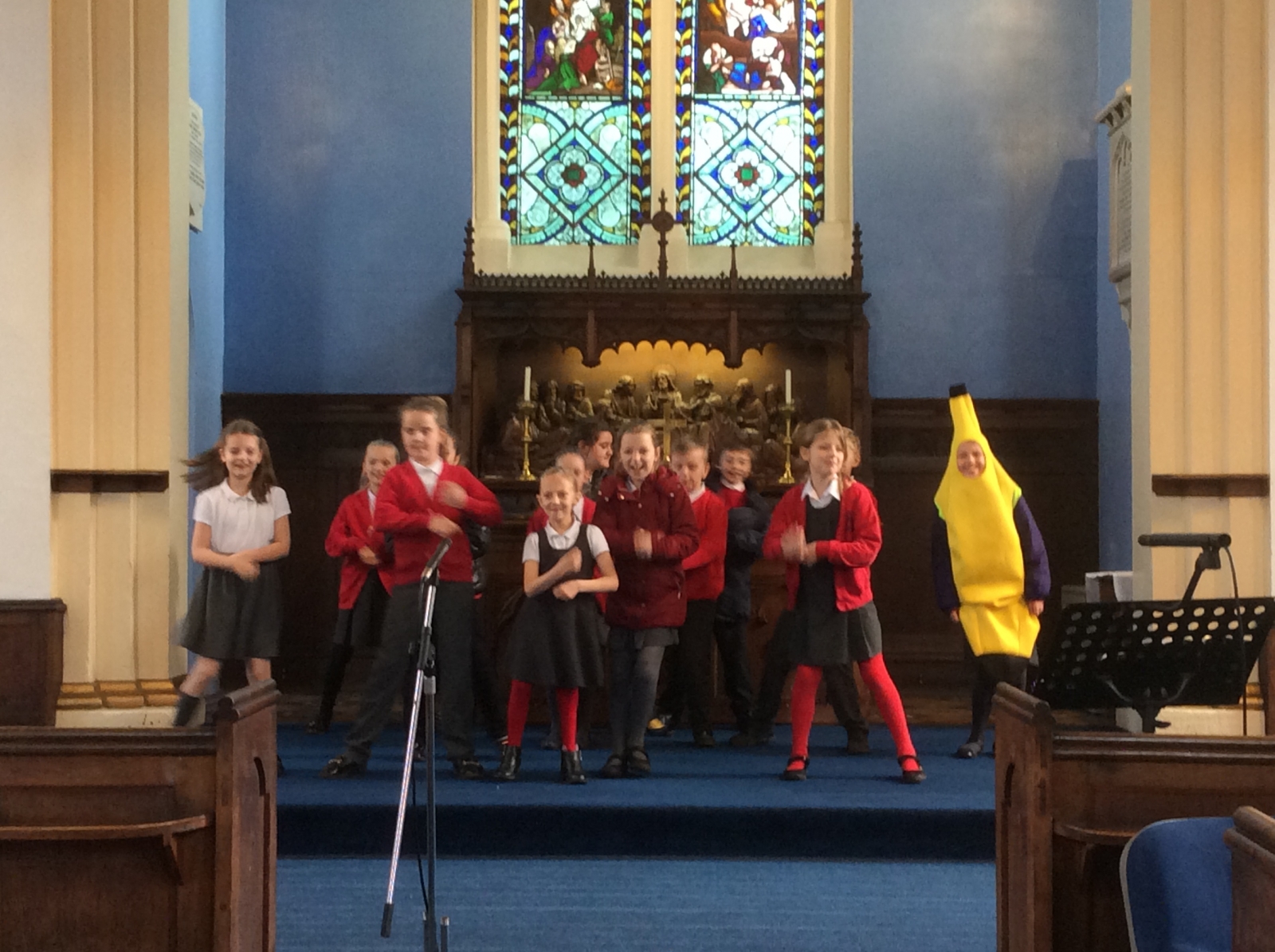 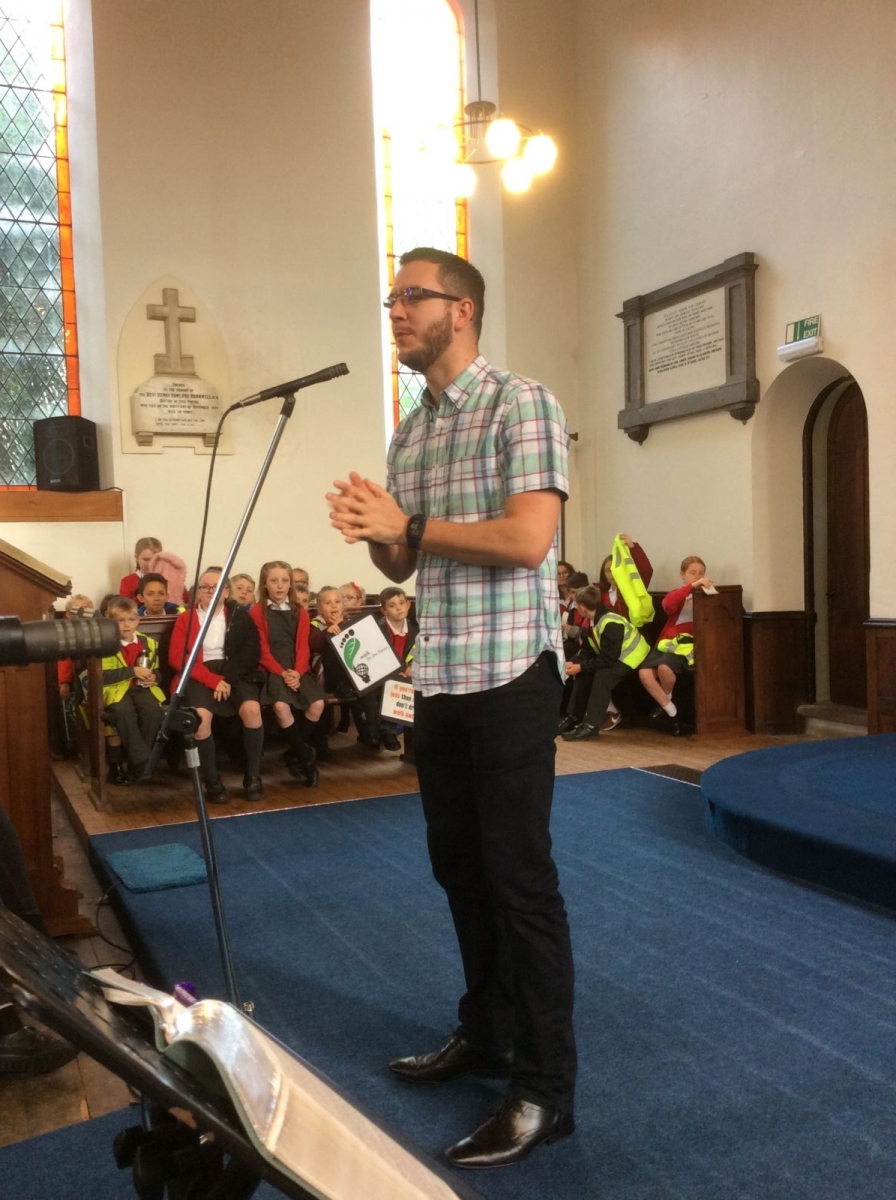 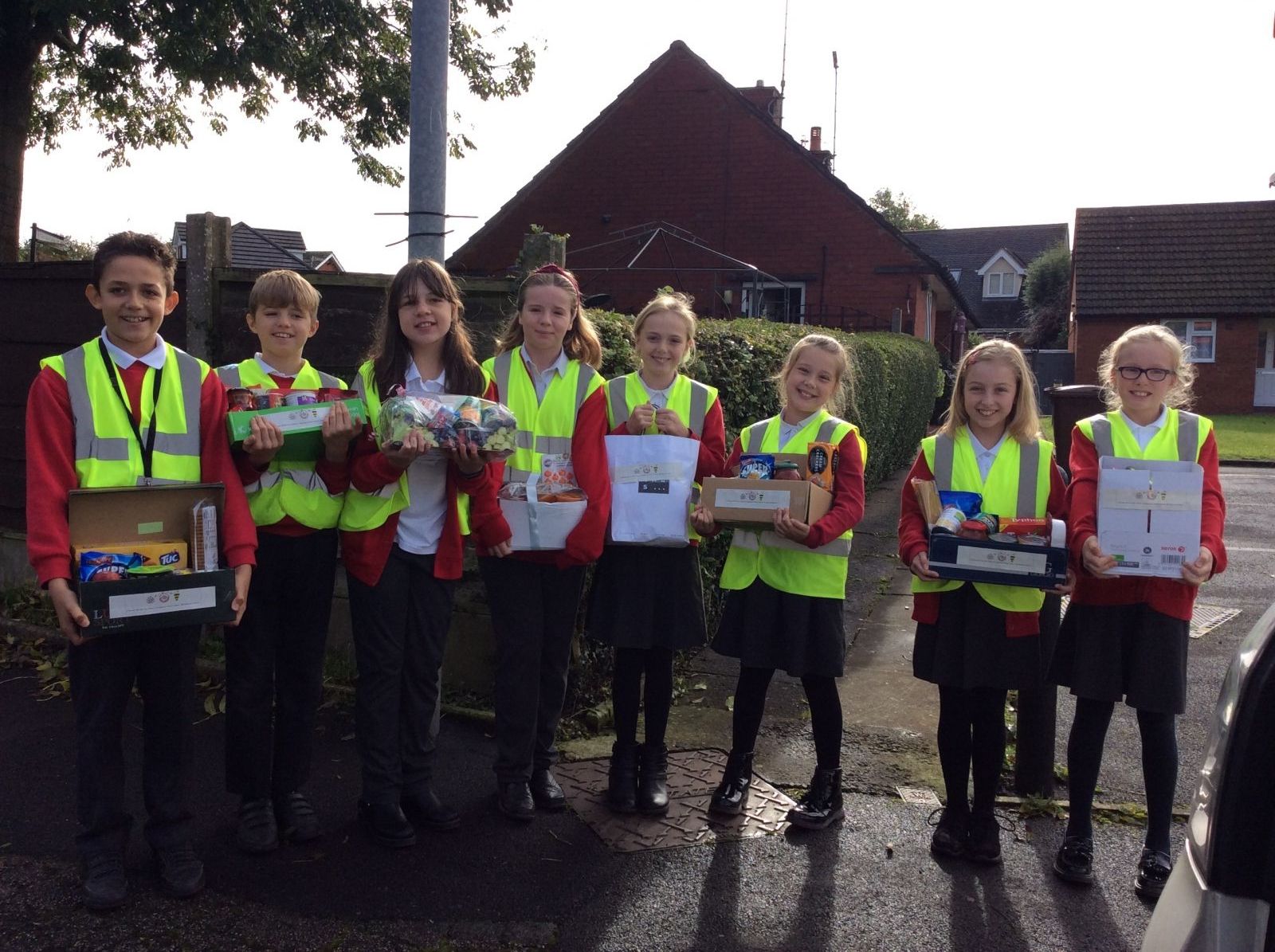 In the Autumn term, Year 1 pupils have been taking part in a community dance project led by Creative Steps bringing different age groups of people together through dance.  Our Year 1 pupils have enjoyed meeting members of the community and interacting with an older generation. 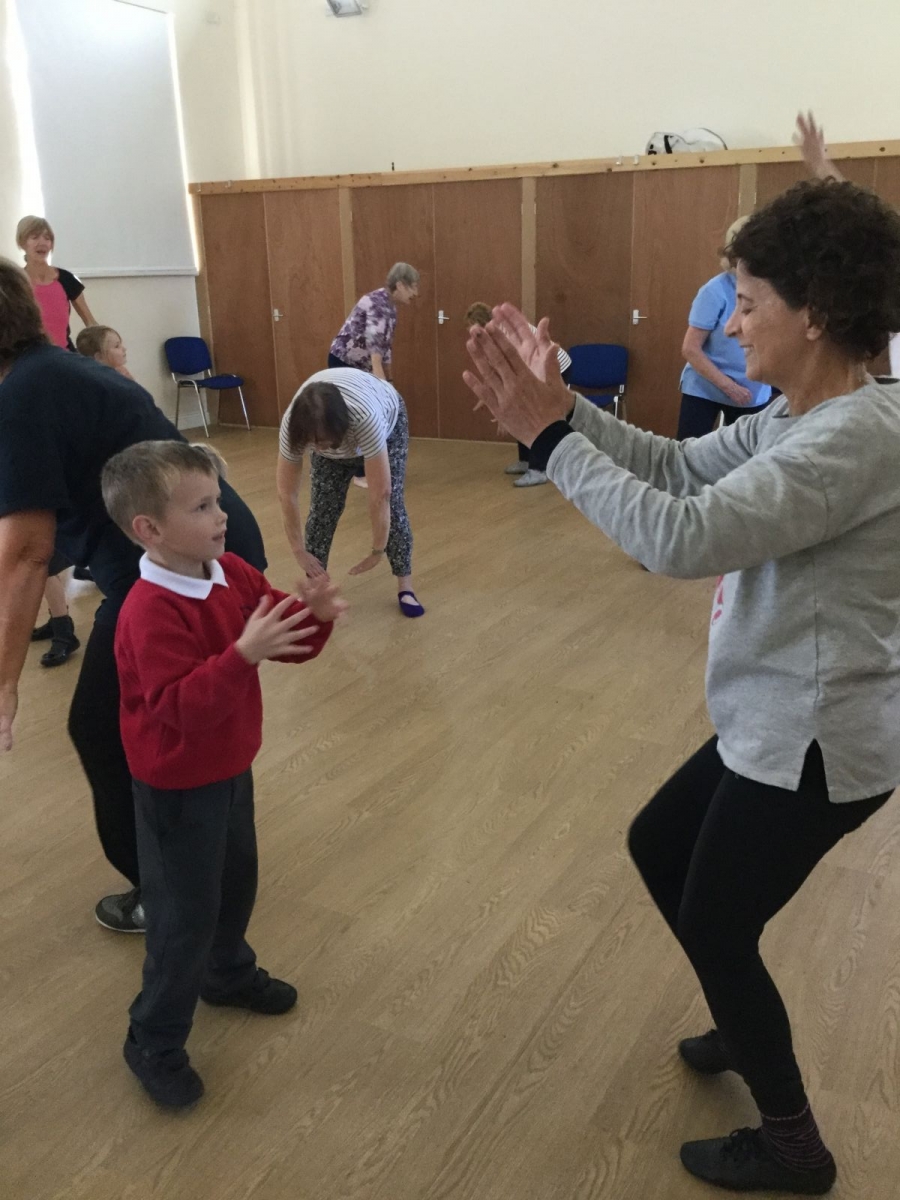 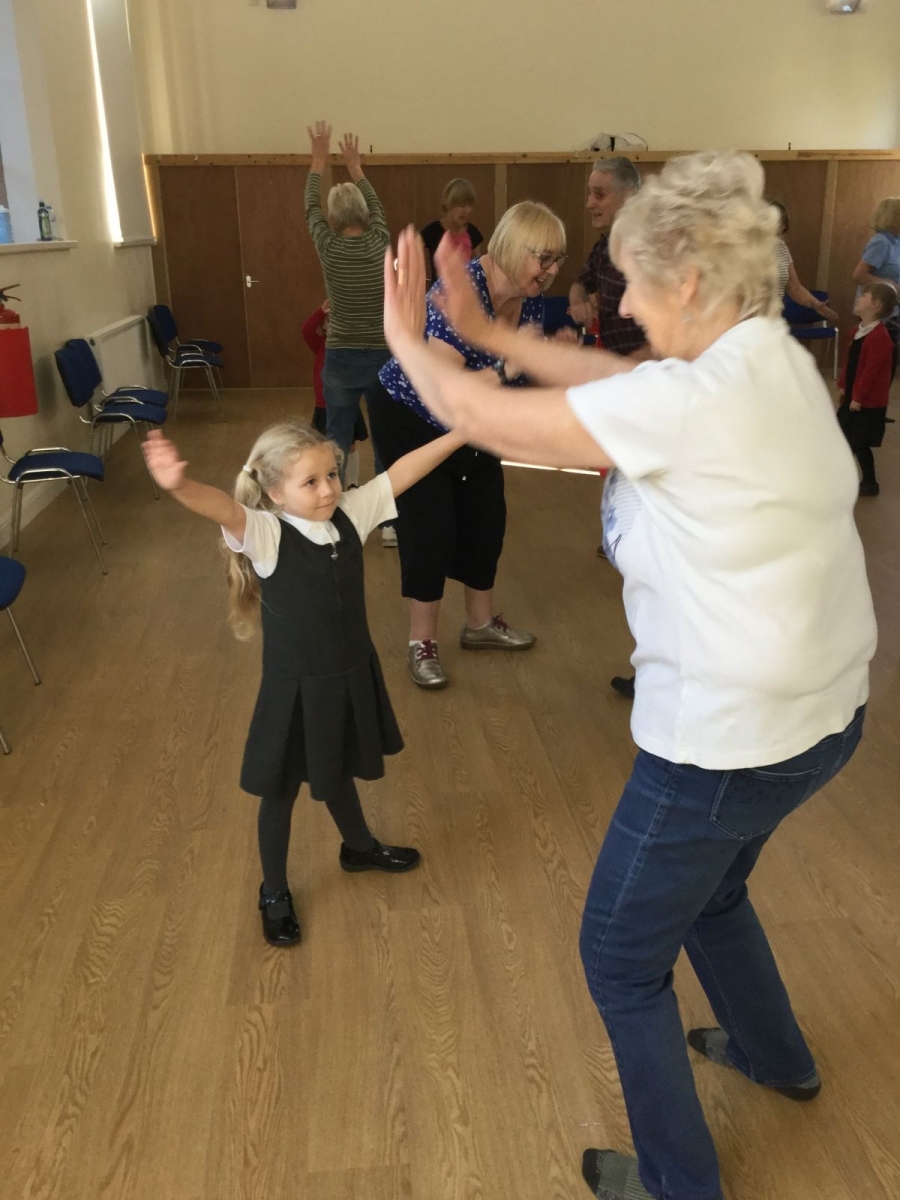 As part of our Congleton Study, Mayor Bear came into school and led an assembly as well coming for a teddy bear's picnic with Preschool and Reception. 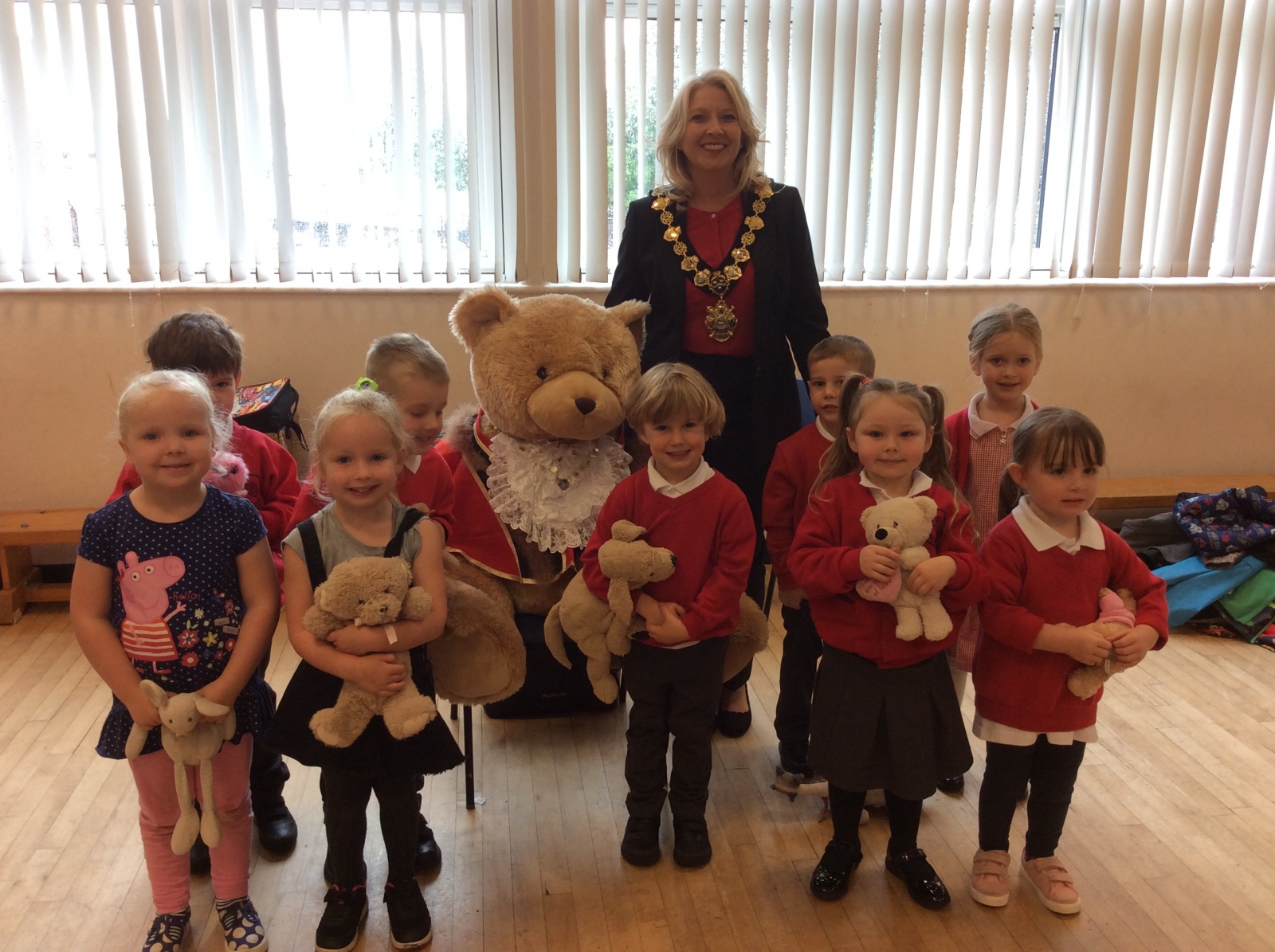 During the summer term, the PTA organised a Copper Trail in school where children brought in their 1p and 2p coins. We raised £100 which the children decided they would like to donate to local charity, Ruby's Fund. 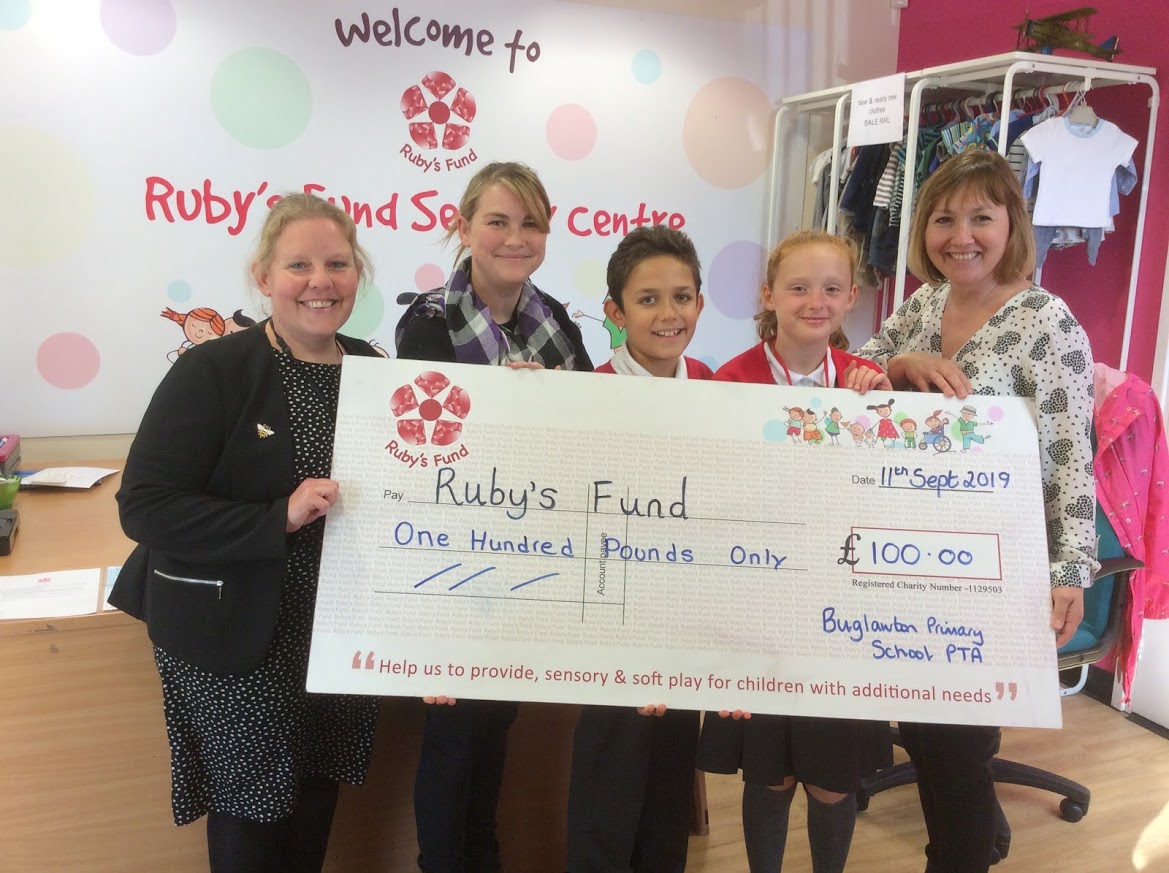 During the summer holidays, Mr Jervis and Miss Kennerley attended the Buglawton Community Group meeting. There were lots of positive discussions about our local area and we discovered new activities that we can get involved with in the future.  Parking around school was raised as an issue by local residents. We would like to encourage parents to park at the Church House when dropping off and picking up children and to always park in a safe and responsible way.